My Experience with being Left Handed - The Good, The Bad & The Ugly of Left Handed Guitars

So being a left handed guitarist has many bad points. What is the biggest one I can think of? The range of Left Handed guitars available. I can not even begin to explain how little left handed guitars there are. You either have to flip a right handed (Which I have done, didn’t like it). Or you have to pay the premium to buy a “proper” one.

Now in the last few years, companies have got better. Gibson and Fender are releasing more and more left handed guitars. However some brands still only release a basic line up of left handed guitars. For example, PRS, they have their SE range in a left handed option, with a limited colour option and shape/design. If you wanted a higher-end PRS, you are 1. Going to struggle to source one, try one and then buy one, and 2. You will pay a premium. Which sucks! A personal experience with this is the PRS John Mayer “Silver Sky”. If they released a left handed version of this guitar, I would buy it in a heartbeat, but they won’t, ever! 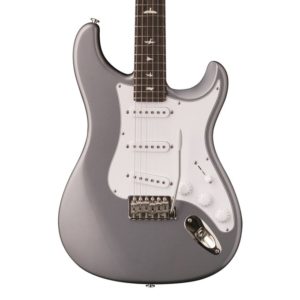 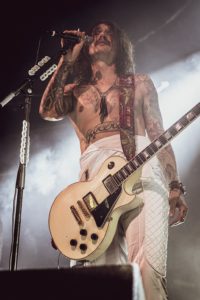 We mentioned this above, but there can come a premium when buying left handed guitars. I have a personal experience with this. When it was time to buy my first “Proper guitar”, by this I mean, A Gibson, I wanted a white Les Paul Custom. The same that Justin Hawkins played in the Darkness (for the record, I still want this guitar). So yeah, Gibson, Get in touch! Saying this, companies are getting better! They may not have the full range but I do know that Fender and Gibson have 80-90% of their range in left handed models. These are without a price increase. So they sell for the same price as the Right handed models. So it is getting better.

However, Being a left handed guitarist isn’t all bad news. There are some good points. The biggest one is that left handed guitars tend to hold their value a lot more. This is down to the limited production run, meaning they are “rare”. I remember I had an Epiphone Les Paul in Heritage Cherry Sunburst (I settled for this when I couldn’t get the Gibson Custom). I think at the time this guitar was around £300-£350 new, I managed to sell it on Ebay for just under £500.

There is more good news!

Being a left handed guitarist means you are part of a “Club”, other left handed players will approach you and fire up conversations. I have made many friends that are also left handed and we bonded over that fact, talk about being a Left handed guitar player, the struggles and quirks that come with it.

What you will find is that as the range of Left handed guitars is smaller or more expensive, you will naturally find yourself buying a “cheaper” guitar and upgrading it and modding it (As I have done). This is great fun and at the end of it you will have a “Custom” guitar that you have “built”. This is very popular as it is cheaper and can produce a guitar of very high quality. Head over to the Mods page to see what I have done to my guitar if you need ideas.

Headrush Gigboard Walkthrough – How I have mine Set up!

5 MUST have Guitar Pedals you need to own in your life!

5 MUST have Guitar Accessories EVERYONE Needs!

Gigging with a Guitar Processor – Why I swapped to a HeadRush GigBoard.

What is in my Guitar Toolbox! – All the tools I keep and use!